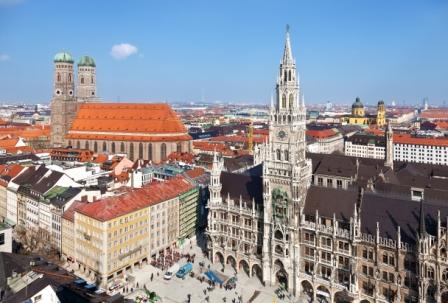 Summer may be gone but October offers a range of last-minute getaways that embrace those last few rays of sunshine around Europe. Alternatively, tourists are able to put summer behind them with a few city breaks that are promptly geared up for the winter months. For the top European destinations this autumn, read on:

Munich, Germany
The Bavarian city of Munich plays host to the much-loved Oktoberfest in October, and consists of 16-days of traditional German food and beer. The city itself is very pretty but it’s a chance to immerse yourself into the German culture during one of its most cherished events. It’s an archaic city which will provide a break from the festivities with a number of churches, cathedrals and other medieval structures to engage with as well.

Lisbon, Portugal
Lisbon promises a long summer, primarily thanks to its southern location on the tip of Portugal. October offers warm temperatures and some excellent outer-city experience, so ensure the travel insurance is secured beforehand. The city is renowned for its low rates, particularly in its hostels, and the crowds will have dispersed somewhat come October, offering a very agreeable vacation for those seeking a picturesque city-break by the sea, something that Lisbon offers with a certain degree of charm and style.

Canary Islands, Spain
The Canaries (Tenerife, Gran Canaria, Fuerteventura etc.) are hot locations anytime of the year. They’re prime for those seeking sun, sea and sand and October is no exception with scorching temperatures and idyllic views out over the Atlantic Ocean. The larger islands, like Tenerife and Lanzarote, will offer a more developed, luxurious stay whilst the unspoiled beaches of La Palma provide more of a rustic appeal and atmosphere, offering everyone a little something to savour.

Istanbul, Turkey
Istanbul tends to offer the best of both worlds, a warm summer’s climate as well as a city full of fascinating architecture and a diverse culture, a testament to its moniker as the gateway to the Middle East. Many will bask in the opportunities to enjoy traditional Turkish cuisine and the prices and crowds will have gone down in October, though the main tourist attractions, such as the Hagia Sofia and Blue Mosque, will perpetually draw in larger crowds.

Dubrovnik, Croatia
Croatia is off the beaten path, a country that gets unfairly bypassed despite its Adriatic coastline, fantastic scenery and range of affordable accommodation. Dubrovnik, the Walled City, is becoming incredibly popular and October will definitely offer a quieter experience alongside great temperatures. A walk along the walls, next to the sea, can be a fantastic way to end the summer in a certain style.

How a CDW can keep your holiday on track