London. Paris. Rome. When you are planning your first trip to Europe, there are certain must see cities that are on every itinerary. The problem? Those cities are on everyone else’s itinerary as well.

For those who have been to Europe already or aren’t interested in fighting the crowds at Buckingham Palace and the Louvre, there are dozens of other undiscovered European cities that offer beauty, charm and culture, often for a fraction of the cost. If you are looking for a new destination for your next European vacation, consider one of these up-and-coming cities. 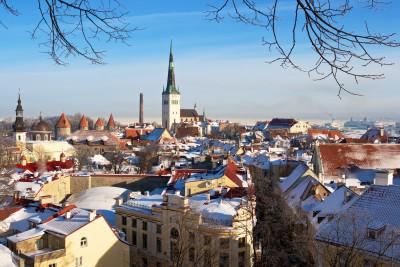 Similar to Prague, Krakow offers much of the same charm without the crowds and high prices. Easily walkable, you can explore the church, markets and squares in a few days without a car or a guide.

Gdansk is known for its historic buildings and its well-maintained beaches on the shores of the Baltic Sea. As one of Europe’s most affordable cities, it’s easy to find a luxury hotel room for $100 or less. You can eat for just a few dollars a day from the city’s street vendors.

Italy and Greece may have cornered the market on seaside destinations for decades, but Dubrovnik has stayed a well-kept secret among vacationing Europeans. The charming city on the shores of the Adriatic has been growing in popularity among foreigners the past few years, but it’s still relatively uncrowded, especially in the fall and spring.

A foodie’s paradise, affordable Bruges is a short, inexpensive train ride from Brussels. The ancient city gives visitors the chance to enjoy the chocolate, waffles and beer that Belgium is famous for, while providing easy access to landmarks like Flanders Field, one of the most famous battlefields of World War I.

Surprisingly, Istanbul is one of the most visited cities in the world, offering a blend of Eastern and Western cultures. Once known as the crossroads of the world, Istanbul is home to breathtaking landmarks such as the Blue Mosque and Hagia Sophia. The true experience comes from exploring the bazaars and markets as well as soaking up the city’s culture.

Formerly part of the Soviet Union, Tallinn is the only fully walled city remaining in Europe, with buildings and cobblestone streets dating back to the 13th century. The fascinating city combines the best of Europe and the Soviet Union, and offers a glimpse into Tsarist and Soviet history.

An alternative to the more crowded Frankfurt, Darmstadt is a charming German city with a zoo, castles and quaint downtown area. Darmstadt has been home to a large population of American service members since World War II, making it an American-friendly city.

A small island off the western coast of Ireland, Skellig Michael is a well-kept secret among visitors to the Emerald Island. While the island doesn’t have any inns or hotels, you’ll have to spend the night in nearby Portmagee or elsewhere along the Ring of Kerry. It’s worth taking the short ferry ride to climb the ancient steps, and experience the sweeping views and beautiful Irish scenery.

West of London, the village of Avebury is another trip back in time, and home to a lesser-known and less crowded, stone circle. Instead of journeying to Stonehenge for a distant glimpse of the stones, at Avebury you can get up close and touch the stones.

If you want to get away from Western culture, Kosice is the place to go. Virtually undiscovered by Americans, this small city is dirt cheap, but challenging to get to. The payoff is the chance to experience a true European city.

Nearly every country in Europe has a hidden gem, without the crowds and costs of more popular cities. Even if you make one of the major cities your home base, try a day trip or two to another city and get a taste of the true Europe.

About the Author: Writer Melanie Johnson visited Europe on a guided tour at the age of 16, and vowed to return and see more of it. She often takes advantage of cheap flights to Europe and counts trips to Croatia and Poland among her favorites.

Visiting St. Martin On A Budget