A few years ago while attending the University of Hawaii at Hilo, I applied for a scholarship. This wasn’t just any scholarship, mind you. This was the scholarship that would immerse me in all things Mandarin, then send me, studying abroad, to Beijing to try it out.

I wrote a kick ass essay, wowed the panel at my interview, and was subsequently awarded an incredible opportunity to learn a language and explore a culture and drink a lot of beer. But I was in college so it’s okay.

How to Make the Most of Study Abroad: You Put in What You Get Out

Just like any other educational endeavor, studying a language, especially in its native habitat, gives only as much as you do. Therefore, applying oneself on several levels is fairly crucial. While going to class and completing homework assignments seem like a no-brainer, there were several mornings when I was the only one who showed up to class, double-fisting the coffee and Coke in a vain attempt to keep the Qing Dao hangover at bay. (The snack shop on campus sold beer at 8am, but I thought it would be unseemly to triple-fist.) My teachers were impressed with my dedication, and would occasionally dismiss me early as a reward. 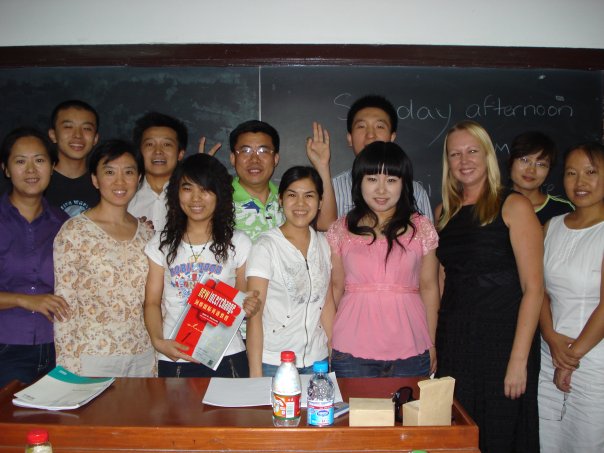 Interaction outside of the school setting is also a critical part of language acquisition. In hindsight, I can now say that it was actually a good thing that I couldn’t stand most of my fellow UH classmates. Therefore, I was out and about in Beijing alone, for the most part. I rode my bike everywhere and discovered my favorite hutong restaurants where I was the pensive, blonde American girl who spoke grammatically correct, but badly accented, Mandarin. My gong bao chicken was always prepared with extra care, and my beers were icy cold.

How to Make the Most of Study Abroad: Finding Income Streams

All of my expenses were taken care of by the scholarship, but I needed additional income while I was living in Beijing, so I got a job. The university where I studied hired me as an English teacher. I taught two classes, four days a week. Despite the fact that I was actually paid to get these people to speak English, being with them increased my Mandarin abilities exponentially. My students brought me to their homes to meet their families, took me to KTV (karaoke) to sing Chinese songs, and invited me to their favorite bars and restaurants, where we ate many different preparations of carp and yes, even stewed dog.  Without these amazing students of mine, it’s unlikely I would have learned as much as I did.

How to Make the Most of Study Abroad: Do Some Crazy Stuff 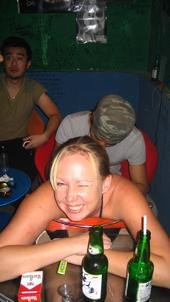 As any serious language student knows, there is that time when it all falls into place; that moment when the careful arrangement of words that is prepared before speaking is no longer necessary, and the language just slips out with relative ease. That happened for me when I was getting tattooed. I was introduced to Billy by my favorite bartender, and it was a match made in tattoo heaven. He spoke not a lick of English, so I was forced to use every weapon in my Chinese arsenal to assure that I got the tattoo I wanted. We spent hours and days together in my apartment while he tattooed my back and we listened to Skid Row, his favorite American rock and roll band. We discussed abstract concepts like politics and religion with the Chinese dictionary close at hand and I tried desperately to impart to him the fact that Billy is not a great English name for a hip, Chinese tattoo artist. That part was lost in translation.

How to Make the Most of Study Abroad: On Reflection

In spite of being drenched in Chinese beer, my time in Beijing was time well spent. I made incredible friends, got two amazing tattoos and came away with a good grasp of conversational Mandarin. An opportunity to study abroad is one that should be investigated by any student.

Not only do you vastly improve your skills in your chosen language, but you get a deep insight into the culture, and that is something that absolutely cannot be learned in a classroom. Research options at your own school, fill out the applications and just go!

What To Do On a Kuala Lumpur Layover

How to Become a Ski Instructor in France