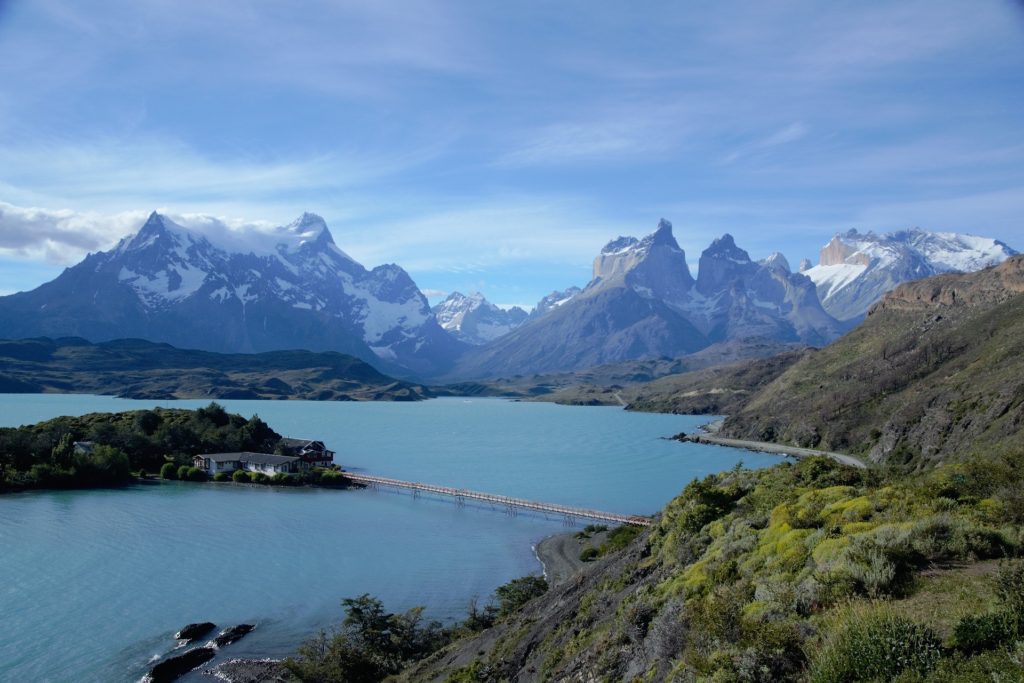 Chile is starting to become a popular place to visit. There is a lot of things to do and a lot of cool adventures to experience. If you are traveling to Chile, below you can find 5 recommended things to do while in Chile.

While in Chile, taking a tour in Cajon del Maipo is a must. You will be picked up from your hotel and driven towards Cajon del Maipo. While on the journey, you will frequently stop to view the local scenery. The sights are stunning, you will get to see waterfalls, glaciers and much more.

Once you arrive to the final area, you will get to sit down, enjoy the views and have a picnic. This will include some snacks made from locally sourced ingredients and some Chilean wine.

Once you have finished eating and explored the area, you will be taken back to your hotel around 5pm.

While on a trip, everyone loves to have a swim so why not do it in the world’s largest swimming pool.

The pool itself is over 1000 yards long and up to 115 feet deep at the deepest point. Not only is it something crazy to experience, but its jaw dropping.

The pool itself cost around a billion dollars to build and 2 million a year to keep it up and running. This is because the water is actually sourced from the sea, turned into cleaner swimming water and cleaned once it needs to be released.

Back in the 90’s, Chile was home to what was known as ‘white gold’. White gold is more commonly known as Sodium nitrate which was highly valuable because one; it could kill and two; it could give life.

You are probably wondering how it can kill… Well it is one of the ingredients used to make a fertilizer bomb.

This is what caused a huge war between Chile and neighbouring areas. Then in 1909, two scientists were able to make white gold on an industrial scale. Now the town is deserted and the rusty ruins still stand.

No one knows why and how, but back 1909, the Lord Lonsdale was travelling from Germany to Mexico. However, the crew stopped off Stanley Harbour in the Falkland Island and while there, the ship caught fire. The blaze was so uncontrollable that the crew decided the only thing was to sink the ship.

Somehow, the Lord Lonsdale had made it 560 miles from Stanley Harbour to Punta Arenas in Chile.

It is definitely a sight to see and if you love history and unsolved mysteries, you’ll love the Lord Lonsdale Shipwreck.

Mother nature is fascinating, and she has truly done her work with these caves of marble. These caves have been formed over many thousands of years but the result it unreal. There are actually boat trips that will take you to the marble cave and through its tunnels. Don’t miss out on mother nature’s beautiful work and visit the marble caves of Chile Chico.