There are few destinations in Europe as ideal for a road trip as Spain’s Costa Brava. Winding along the Mediterranean coast, the A1 takes visitors through what is arguably the country’s most scenic region. The stucco tiled roofs of Spanish houses dot the Catalonian coast, pocketed into quaint towns full of life, color and music. With so many towns to see and such a long stretch of breathtaking coast, driving through Costa Brava is truly one of the best ways to experience the area. We’re taking a look at three Costa Brava towns that can be reached when setting out from Barcelona, and we’re heading there in a sporty new MINI. After all, a trip like this deserves to be done in style!

Our first stop in the MINI is Tossa de Mar, a seaside town in Catalonia that’s about an hour and fifteen minutes outside of Barcelona. One reason this town is ideal for a road trip is that its closest airport is in Girona, quite a distance away! So taking advantage of MINI new car deals to get there is an absolute must. Plus, you can always choose a MINI with a soft top that comes down so that that Catalonian coastal wind can whip through your hair. In Tossa de Mar, you’ll discover some true historical gems, including an old medieval castle that encloses one of the town’s luxurious beaches, a parish church that dates back to 1775 and even a few Roman ruins. The beach areas of Tossa de Mar themselves are a sight to behold, and they boast quite a few beach-goers in the summertime. 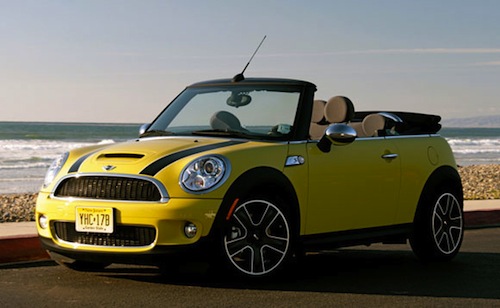 A little ways up the coast from Tossa de Mar is Palamós. Palamós is quite an old town, having officially been founded and recognized by the Spanish government back in 1279. And while it, like Tossa de Mar, has quite a bit of history that can be toured and enjoyed when one visits, the biggest reason people choose to head to Palamós instead of competing Costa Brava towns is the presence of its infamous food. Palamós is a major port town, and its prawns are legendarily delicious throughout Europe. You can head to the fresh fish market by the docks every Friday afternoon to see the boats bring in their haul and then watch that haul squirm on ice – as fresh as can be! Arriving in a MINI is especially advantageous in a town like Palamós because of the difficulty one may encounter when trying to find somewhere to park.

The MINI’s compact size and easy maneuverability is also particularly advantageous as one makes their way to the final stop on our road trip, Cadaqués. Many argue that Cadaqués is Costa Brava’s crown jewel, and with good reason – it is one of the most spectacularly beautiful towns in all of Europe. Sticking out just at the end of Cap de Creus, Cadaqués was a favorite of famous painter Salvador Dalí’s, and his summer home there is now a museum of oddities that visitors can pay to tour. The winding mountainside roads that one must drive to make their way to Cadaqués are perfectly handled by the MINI Cooper, whose agility is on perfect display during such a drive. It’s the ultimate Costa Brava road trip vehicle, and Cadaqués is the ultimate Costa Brava road trip ending point!

Travelling from London to Paris by Bus: Things to Consider