Namibia is a country as diverse as it is beautiful, with incredible sweeping landscapes and many rare and unusual sights. It is also home to a long list of adventure activities, with rocky mountain peaks and endless sand dunes providing fodder for adrenaline junkies and those simply wishing to lose themselves. South Africa tends to dominate the continent’s travel conversations, but Namibia offers countless reasons to visit. With so much to see we have narrowed it down to 10 best reasons to visit the country. 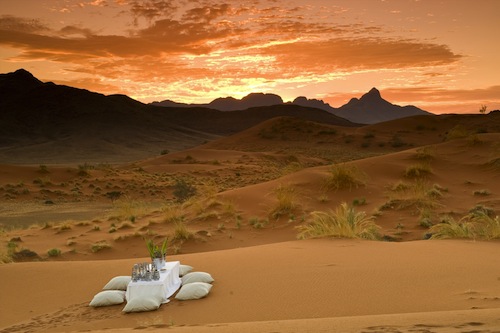 Sossusvlei Desert Lodge – Photo by And Beyond

Lasting from around 25 – 80 years, Fairy Circles are strange bald spots scattered throughout Namibian grassland. They are a phenomenon that has baffled scientific minds for decades. However, recently a breakthrough has been made. It is believed that the circles are made by sand termites feeding on the roots of the grass and essential killing it. Why they’re circular though is still rather unknown, perhaps termites eat in circles?

Crammed full of dare devil activities, the activity centre at Swakopmund provides the opportunity to indulge in skydiving, quad biking, kayaking and sandboarding. All of these activities have the sandy dunes of the Namib Desert as a backdrop, something particularly stunning when skydiving.

This very special kind of safari allows you to see Namibia in a way wholly unique. While skydiving provides some fantastic views there’s nothing like rising above the dusty ground below and watching the sunrise. Taking off just before dawn and flights lasting around an hour, the sight of the dunes illuminated by the morning light is a memory not often forgotten. 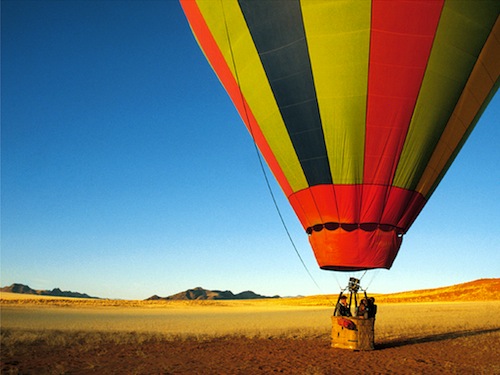 At over 1000 square miles and packed full of all manner of animals, Etosha National Park is the wildlife hotspot of Namibia. The dry season proves particularly great for game viewing, with thousands of animals drawn to the reserve’s waterholes. From lion to elephant and even the critically endangered black rhino, the reserve is home to them all.

The dunes in Namibia are one of its most defining features and the chance to walk up them is an opportunity not to be missed. The Kalahari and Namib deserts (the latter of which is believed to be 55 million years old and the oldest in the world) are the two places to enjoy this activity. Among the many climbable dunes, one in particular stands out from the rest. Dune 45 is renowned as one of the most photographed sand dunes in the world and stands almost twice the size of the Statue of Liberty. What a climb! 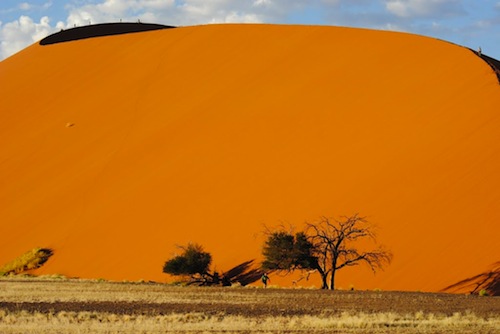 If climbing giant sand dunes isn’t enough of a thrill then Namibia is home to some incredible mountains. The rough granite rock of Spitzkoppe can prove quite the challenge for climbers, however, at 2606m, Brandberg is Namibia’s highest offering. From it can be reached the highest point in the country, Königstein.

Stretching over 6000 miles long, the Skeleton Coast is a hauntingly beautiful place. The beaches here are awash with shipwrecks and the many bones of seals and whales, which is the reason for its curious name. The bones are leftover from the days in which whales and seals were hunted and the shipwrecks are the remains of ships that fell afoul of the thick ocean fog that blankets the coast and limits visibility.

With a population of around 200,000 Cape fur seals, the protected area of Cape Cross is home to one of the world’s largest colonies of this lovable creature. They can easily be seen from 200km of walkway, constructed to bring onlookers closer to the action.

Another wildlife wonder in Namiba is the critically endangered black rhino and the chance to track them. Travelling on foot and by 4×4, these rare and solitary creatures can be tracked with the help of an expert guide. With the unnecessary slaughter of black rhino for their horn, seeing one in the wild is a priceless opportunity.

Meeting and greeting the locals, and getting a feel for a country’s traditional culture, is always an important part of travelling. Namibia’s indigenous people, the Himba tribe, can be found in Northern Namibia and can be met by travellers through new community based tourism initiatives. There’s the chance to learn survival techniques, their social structure and even what they use for deodorant. 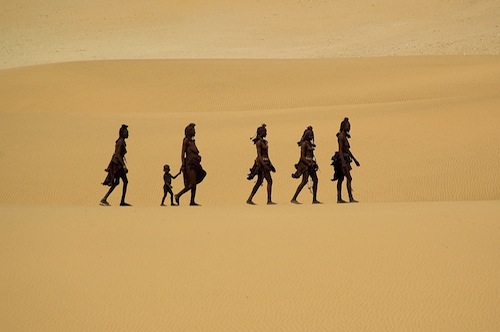 With so many phenomenal reasons to visit, Namibia is a destination to place on anyone’s bucketlist, as an ancient land of beauty and intrigue.

Let the Currency Swings Take You