When it comes to booking a holiday, not everyone wants to relax on a beach to the sounds of the sea, there are many options for holiday-goers who wish to explore a country and see the sights by foot. Headwater.com are a UK based activity holiday company who offer a range of walking and cycling holidays and here talk to Going Abroad about the best places to visit on a walking holiday in Croatia.

Your knowledge of Croatia may relate primarily to its island-dotted coastline that is almost 2,000 km in length. Or perhaps its vast historical heritage that presents enticing relics of Roman, Slavic, Ottoman and Venetian origin is what piqued your interest. Maybe you love tennis and have a soft spot for wildcard Wimbledon champion, Goran Ivaniševi?, who hails from this fair land. But whatever your reason for taking an interest in Croatia, read on for five of its natural and cultural gems that are best visited on foot. 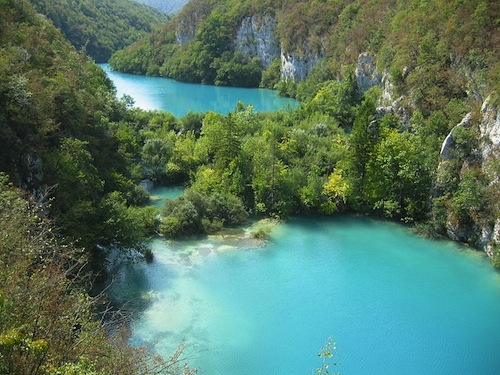 Sitting midway between the capital Zagreb (of which more later) and the coast, the Plitvice Lake National Park consists of 19.5 hectares of forested hills that enclose 16 lakes of exquisite beauty. It is like walking into some kind of fairytale or film set as the sun sparkles on the azure water and the waterfalls and cascades that link the lakes add a dynamic ambience.

With constantly changing colours and tones – turquoise, greens, deep blue, mystical greys even – the otherworldly nature of the area is only interrupted at the height of summer by the number of tourists. But visit Plitvice in late spring and you will experience the full beauty of the vegetation and wildlife with the waterfalls fast and powerful after the spring thaw. If you are lucky you may spot bears and wolves in the park, as well as deer, wild boar and badgers, and a host of flora that has resided in this area since the last ice age. 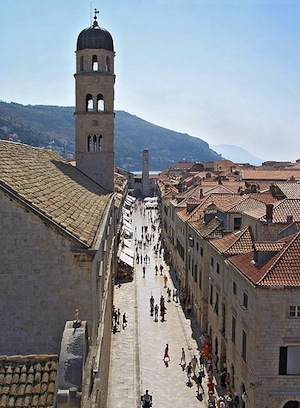 The Jewel of the Adriatic, the Pearl of the Balkans… whatever you want to call it, one thing is for sure: Dubrovnik is a great city. Possessing architectural beauty to rival some of the best Italy has to offer, with fantastical examples spanning Gothic, Renaissance and Baroque periods in its churches, fountains and monasteries, this coastal gem will entice you in and hold you tight. That’s what everyone wants when they travel!

The way the old town juts out into the turquoise sea that laps gently at its seemingly impenetrable walls, gives it a majesty and magnificence that hints at its past glory as a major sea power from the 13th to the 17th century.

Today you will find a city that is proud of its heritage and as you wander down the marble streets and amongst the network of narrow lanes you will discover a plethora of fine galleries, museums, eateries and bars. It is the walk around the ramparts that gives the best view of the old town, however. One of the best short walks you can find. 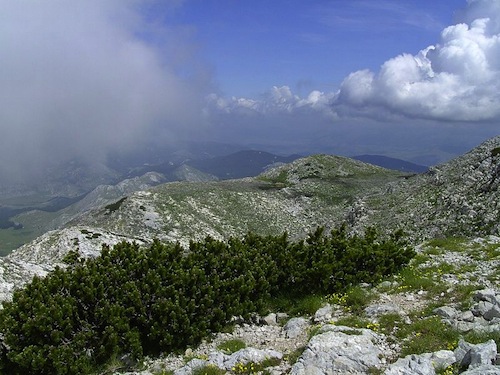 Not quite as imposing as the Swiss/French variety, the Dinaric Alps are still a rugged and challenging mountain chain that should not be taken lightly. The limestone karsts of the region are the most extensive of their kind in Europe and lend themselves to intriguing geological features including canyons, gorges, caverns and grottoes, which are fantastic to explore, either for very experienced hikers / climbers or with a capable guide.

The region is not as popular as other better-known mountainous areas, but that is its very appeal for those who do make the trip. While you are likely to be surrounded by tourists on the well-marked paths of the Alpine routes in France, you are equally likely to spend hours – if not days – without clapping eyes on another soul in the Dinarics. Not everyone’s cup of tea perhaps, but if you fancy a challenge and some of the best scenery in Europe, give it a go. 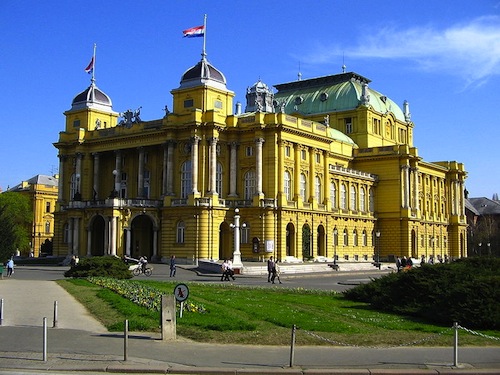 Despite being the capital of Croatia, this fine city is often overlooked by tourists who often stray from the coast only so far as their beachfront hotel bar. To get a real feel for Croatia, though, a trip to Zagreb comes highly recommended as you will discover a city influenced more by Austria and Hungary than Italy.

While there are many reasons to visit the capital – its gastronomy, music, nightlife and history – it is the overall clash of cultures that gives a charm that is so often mistaken for a lack of identity. That clash – between the Austro-Hungarian empire, of which it was the political and intellectual centre for a time, and the communism of Tito after World War II – has provided rich layers of cultural heritage that are just waiting to be explored.

So whether it is a weekend break or a visit as part of an extended trip to the country, add Zagreb to your ‘places to go’ list and you will discover one of Europe’s most underrated capitals. 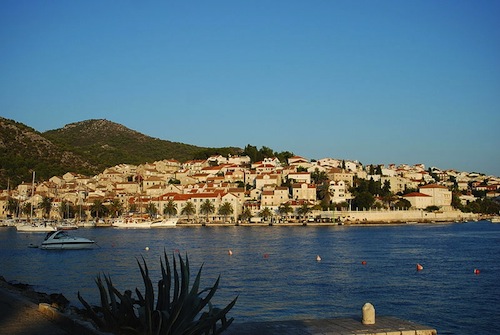 In a country that boasts almost 2,000 islands and islets, it is perhaps a shame to pick just one. Indeed if you travel to the Dalmatian Coast I would certainly recommend a spot of island hopping as many have their own distinct character. But Hvar has something that many of the others don’t: pizzazz.

Hvar town is centred around its buzzing harbour wherein you will find ostentatious yachts aplenty, crewed by designer darlings and wealthy playboys and girls. One of the party towns of Croatia, the young – and not so young – sip extravagant cocktails as the sun descends and then don their dancing shoes to boogie into the early hours. Its old town is also worth exploring, but get out of town completely for the best walking experiences Hvar has to offer.

With numerous olive groves, vineyards and lavender fields, along with rocky coves and postcard views of the Adriatic, you can take off for a gentle stroll or a more challenging hike at your leisure. Just be back in town in time for sunset and those well-deserved cocktails!

Trailblazing the World in Trendsetting Blazers