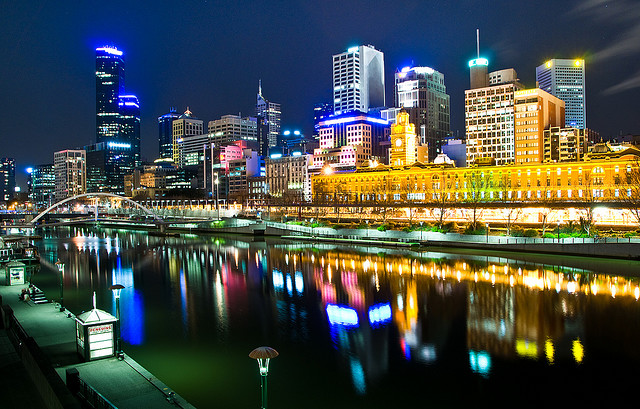 Regardless of the time of year, the Melbourne area is rollicking with music of all sorts. However, people always look forward to the time of year when music festivals dot the horizon and the anticipation begins. Whether you’re a long-time Melbourne resident or plan to visit in the coming months we’ve listed some of the city’s most popular events and some of the reasons why they can’t be missed this year.

At twelve years and counting, Parklife is one of Australia’s longest running music festivals. Held yearly in the fall, Parklife regularly hosts local bands and DJs, as well as international acts. This year in Melbourne, Parklife will feature the likes of Chiddy Bang, Tame Impala, The Presets, Chairlift and DJ Prequel and Ed Fisher. Tickets are still on sale for the October 6, 2012 festival at the Sidney Myer Music Bowl, an incredible venue.

Held just outside of Melbourne at The Gathering in November, Harvest Festival is one of the area’s biggest parties. An all out riot of music and sideshows, this year’s Harvest Festival has added a second date to accommodate everyone. The lineup for 2012 included headliners Silversun Pickups, Beck, Sigur Ros, and Cake, as well as those 80’s superstars Dexys, formerly Dexys Midnight Runners. Security is tight at this event, so check the Harvest Festival website for more information and get your tickets soon.

Heralded as a showcase for the city’s musicians, Melbourne Music Week is a nine day event showcasing all things Melbourne. Taking place at varios locations around the city. many of the details are withheld until nearer to the event’s start date of November 16, 2012. However, the first “teaser” artist announcement has been released. USA artists such as Pillow Talk and Eskmo will be joined by French musicians Housse De Racket and Goblin from Italy. Remember, this is just an initial lineup announcement and more information will be released before tickets go on sale September 19.

The classic summer music festival, Stereosonic 2012 will take place in Melbourne on December 1 at Melbourne Showgrounds. Arguably Australia’s largest electronic music festival, Stereosonic has been defining summer for the last six years. This year’s artists prove to be some of the best with Tiesto, Infected Mushroom, Major Lazer, Calvin Harris and many more performing on two stages. Tickets are still available for this event so hurry and get yours.

Several of Melbourne’s other music festivals have come and gone for 2012. However, who can forget Splendour in the Grass, which featured the likes of the Shins and Azealia Banks? The Golden Plains festival in Meredith was heralded as the perfect summer 2012 send off and said to be the best yet, and the Byron Bay Blues Festival certainly didn’t disappoint with its eclectic mix of music, food and art. Keep these festivals on your 2013 travel calendar as they promise to continue to exceed all expectations.

View all posts by Cate Smith-Brubaker →

What to See in Turkey: 10 Hours in Istanbul