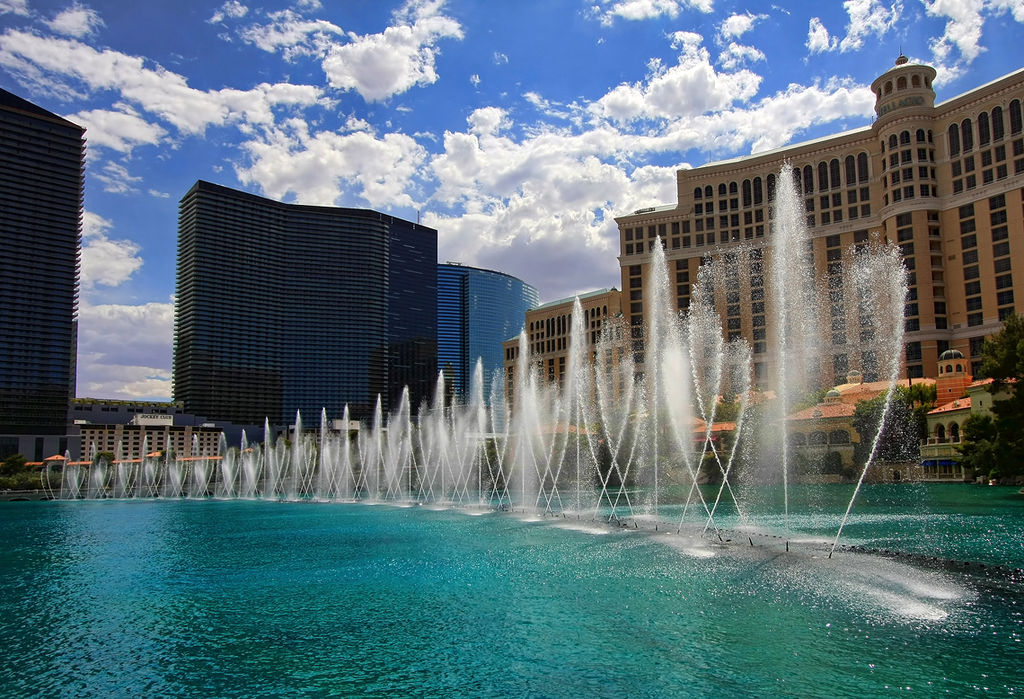 Have a trip planned to the Entertainment Capital of the World, but have no idea what to do outside of seeing a show and betting on black at the roulette wheel?

If you want to go on a sightseeing tour of Las Vegas, here are some sights you will want to include when you go to plan your itinerary…

1) The Fountains at the Bellagio

While the Las Vegas Strip has a wide variety of distractions that will appeal to certain types of people, there is one attraction in particular that stands head and shoulders above the rest. The Fountains at the Bellagio is that sight, as the massive amounts of water that it shoots in a number of artistically stunning ways will draw oohs and ahhs from even the most cynical of observers.

Set to an array of popular songs, the jets of water interact perfectly with the high points and mellow moments of each number, making it one of the memorable shows you’ll take in during your time in Vegas.

A while ago, much of Downtown Las Vegas was considered to be a no-go zone. In recent years though, development has turned around the area, making it popular with out of town visitors again. One of the key attractions that helped this happen is the Fremont Street Experience, a two block covered portion of this central traffic artery that plays host to a variety of entertaining diversions on a nightly basis.

From outdoor concerts to a dramatic light show that plays out on the roof of the half dome that protects the revelers below from the elements outside, checking out The Fremont Street Experience should be at the top of anyone’s Vegas itinerary.

Some might express discomfort at the idea of it, but looking back, it is undeniable that various organized crime outfits played a big role in laying the foundation upon which the gaming institutions of Las Vegas grew.

Their involvement ensured that this city in the desert was a nexus of mob activity throughout the 20th century, making Vegas the ideal location for the National Museum of Organized Crime and Law Enforcement, or the Mob Museum.

Starting a Business in Scandinavia: Norway