Every nation loves Las Vegas, but the British love it more than most. There’s something about the bright lights and the ka-ching of the slots that Brits just can’t get enough of. 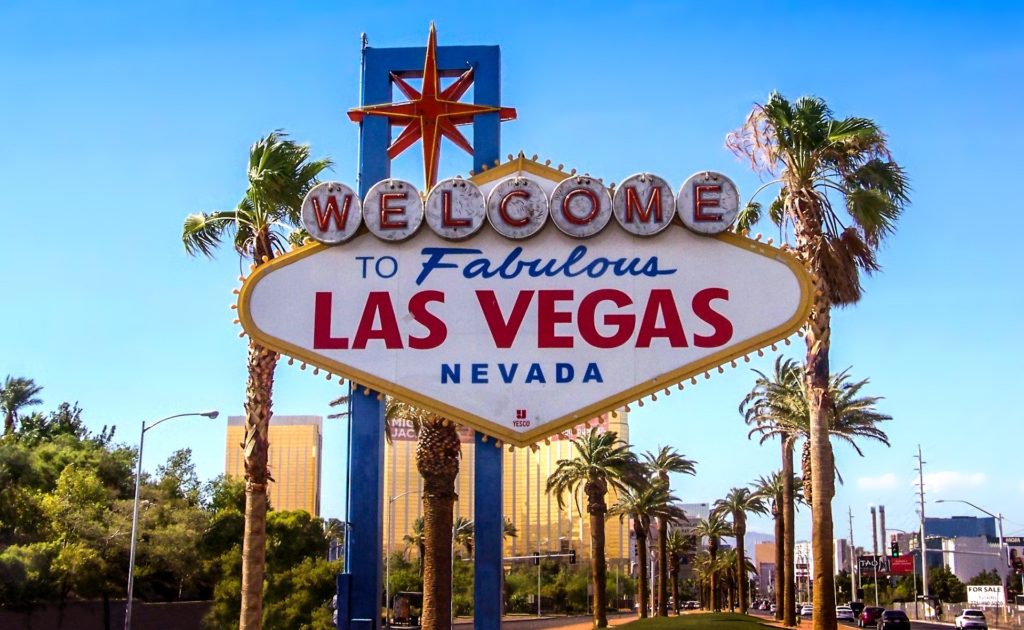 Last year, almost 750,000 visitors arrived from the UK, with travelers from London Heathrow up 35% on 2015, making the British the largest overseas delegation to descend on Nevada.

Britain and America’s love affair is no secret, with both nations wooing throngs of the other’s tourists every year, each curious to experience the other’s culture: Britain with its historical attractions and America with its contemporary pleasures.

But for many Brits, Vegas exerts a special pull. 15% of all British visiting the US make a beeline for Las Vegas, a figure exceeded only by Australians, who are notorious for being the world’s heaviest gamblers. With an average spend of $1,670 per trip, the Brits aren’t just there to window shop either – three quarters of them are Vegas-bound with the express intention of gambling.

There are many reasons why Las Vegas continues to woo so many Brits, most of which can be summarized as “cultural differences”.

Like most nations, British audiences grew up on a diet of American movies, sitcoms and music videos, helping to give cities like New York and Las Vegas near-mythical status. Viewed from afar, Las Vegas seems like a fantasy world where anything is possible, and for the British that hedonism is hypnotic.

As a result, casino play tends to be more fragmented and is limited to standalone premises in major cities. 24-hour gambling was only introduced a decade ago in the UK and most casinos close at 6am. It’s not surprising then that many Brits elect to save their gambling money until they touch down in Nevada.

Once in situ, Brits have no qualms about cutting loose in the casinos, with many getting carried away on their first night before awakening to rue their impulsiveness. It’s for good reason that the British have voted Las Vegas the overspend capital of the world ahead of Paris and New York. 57% of those surveyed confessed to blowing their budget, with the majority conceding that they had gotten caught up in the excitement of being on vacation.

For British vacationers who can keep their impulses in check, Las Vegas promises a whirlwind tour of everything that’s great about America. As a small island, the United Kingdom contrasts sharply with the sprawl of America, a nation that was built for the motor car. Las Vegas, however, condenses the quintessential American experience – fast food and decadent living – into a compact space.

For British vacationers intent on experiencing America at scale, there’s also the chance to take in the Grand Canyon, the natural counterpart to Vegas’ vertiginous mega-casinos that have no equivalent in the UK. You can ‘do’ Vegas in a weekend, and with no language barrier and a favourable exchange rate, America is an attractive option for British travelers.

From food to shopping and from casinos to shows, the British love everything about Las Vegas. With 2017 on course to be another bumper year, there’s every sign that Britain’s love affair with Las Vegas is showing no signs of slowing down.

Jake Fox CEO of Casinopedia.org, the world’s largest online Casino resource said; “Brits love Vegas, the appeal of playing slots, betting and living the dream, means hundreds of thousands of UK residents will ascend on the Vegas each year. We report on Vegas several times a week, because the appeal to our readers is just so high”

Take a Musical Tour Through Ireland