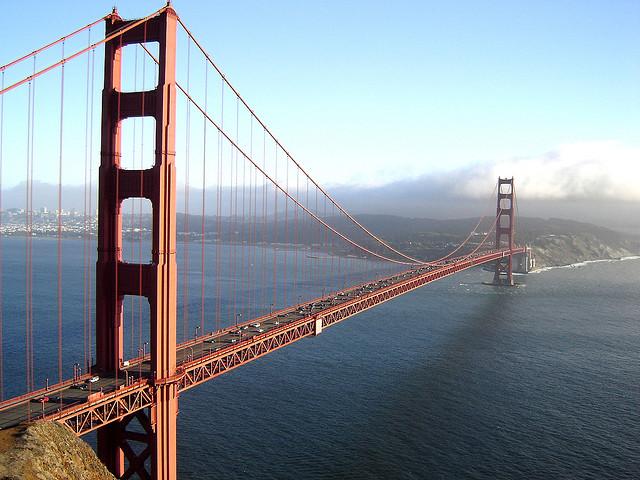 Fisherman’s Wharf and in particular Pier 39, should be on any visitor’s when planning a trip to San Francisco. Along with the iconic Golden Gate bridge once dubbed the bridge that couldn’t be built. However it’s a marvel and testament to the dedication of engineers and visionaries who made it happen. It cost an epic $35 million in principle investment and 11 workers lives when it opened in 1937.

Pier 39 is also home to the amazing Aquarium of the Bay, a huge 50,000 square foot complex that teaches animal conservation in a fun and engaging way. There’s close encounters with otters, sharks and stingrays along with a staggering 20,000 other species on view throughout the 300feet of clear blue walking tunnels.

The Mecca of Seafood

If you’re in this part of the world and love seafood, then it’s worth the journey here. Steaming crab cauldrons line the harbour streets, along with artisan French patisseries. You can waste the entire day milling around seafood restaurants, for a completely tantalising variety of seafood and matching wine.

The History of Fisherman’s Wharf

Most boats currently berthed in Fisherman’s Wharf are the property of third or fourth generation fisherman who have always made their livelihood in San Francisco Bay. Italian American families have cooked Italian-influenced seafood dishes along the wharf’s restaurants for the past century, to great acclaim from locals.

Visit the Sea Lions at Pier 39

There’s lots of weird and wonderful beasties in and around San Francisco. Near Pier 39 and the Fisherman’s Wharf precinct, you can spot boisterous and vocal sea lions who have lived there since 1990. It is thought that perhaps they were driven there following the 1989 earthquake. However, scientists aren’t exactly sure why they came there. Afterwards, if you happen to get sea lion withdrawals, you can see them on a 24 hour web cam on the Pier 39 website!

From Pier 39, it’s possible to capture iconic Alcatraz and Golden Gate bridge in the one picture. When the sun goes down in a cascade of colours, and mist descends over the bay, it’s the perfect time for a photo op.

Pioneers in the Travel Blogosphere #4

Five Reasons to Cruise the Canaries