“Give a bad boy enough rope and he’ll soon make a jackass of himself”- The Donkey Seller, Pinocchio.

Historically, I’ve never been into gambling. I’d rather win something through merit than luck and I don’t like taking risks. You’re probably thinking what a massive bore I am and maybe you’re right, but when this massive bore was bundled onto an 11 hour flight to Las Vegas and tried to unsuccessfully release her wanton recklessness, she learnt to accept her sensibilities.

As an artificial playground in the middle of the Nevada desert, Las Vegas has always sounded like a mirage on an acid trip and that’s precisely what it looked like from way up in the sky. With more neon lights than I dared comprehend, I spotted world famous landmarks glittering in gold whilst rollercoasters hugged hotels and fireworks went off for no apparent reason. It reminded of Pleasure Island in Pinocchio (skip to 4:50) and that horrific scene when the boys turn into donkeys. Ridiculous, maybe, but an association none the less and a valid one, I think. The disorder and the decadence and the damning consequences, it’s enough to turn anyone off of bad behaviour (and perhaps that’s why I’m so straight-cut, I still live by Disney’s morality messages). Anyway, on first glance, I found Las Vegas pretty disturbing, but how would I fare after four days of fornication and frivolous folly? 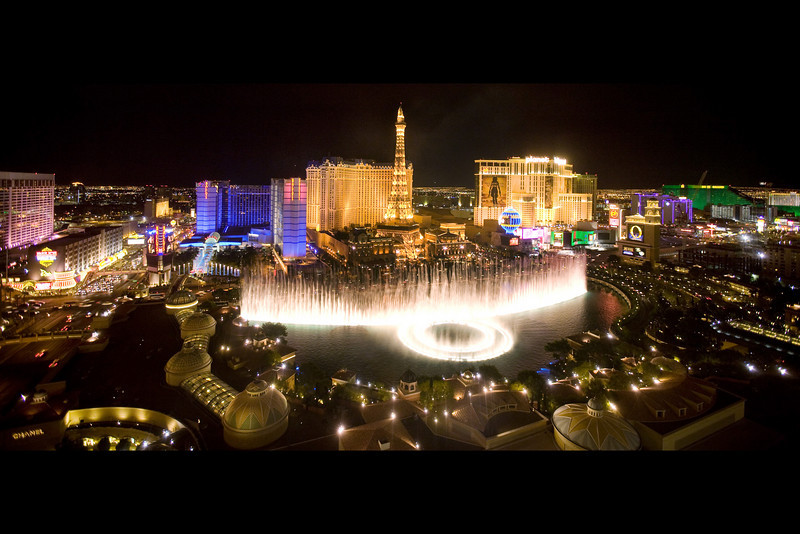 Not very well, as it goes. By day two I’d arrange car hire from Las Vegas airport just so I could escape the cage of chaos and immerse myself in something real (albeit the desolation of the desert, but I quite dig that). The Red Rock Canyon is a geological marvel. Picture stoic cactuses and tumbleweed and the occasional falling anvil. It’s like a Roadrunner episode mixed with a typical American driving movie seasoned by your favourite spaghetti western. Basically, all of the American stereotypes rolled into one. I adored it.

However, I digress. I’m sure you’re dying to know why Las Vegas forced me to pursue pitiful relief in the wilds of that wonderful desert.

Well, firstly, when I arrived in Vegas I got taken down the dreaded ‘tunnel,’ even though I told the taxi driver to avoid it. I’d done my research, I was aware of the scam. Nonetheless, I was left with a $35 bill (not including a tip, thank you very much) and an around-the-houses tour of the back streets of Vegas (not as charming as it sounds). I was, therefore, in a bad mood before I’d even checked into my hotel.

My hotel was the Fremont; an eye-wateringly illuminated casino situated on Vegas’s most famous downtown location (and my hotels namesake) Fremont Street. Now, if aggressive begging, alcoholism and the smell of urine get you going, perhaps this street is for you but far from evoking vintage Vegas, it made me feel unsafe and on edge. I became one of “those” tourists that wore my backpack the wrong way round and tried not to make eye contact with street sellers. If I got too close to a human statue they’d dog me for five bucks and when I ignored the umpteenth cardboard wielding beggar I got a lecture about Vietnam and had to give the bloke $10 just so I could be on my way. It was absolutely nuts.

For continuities sake (and because Vegas is pretty filmic at the best of times) I’ll keep up the movie references. Fremont Street reminded of Travis Bickle’s New York (Taxi Driver), of the New York before Giuliani, of the streets that were starving for a real rain. However, the likelihood of a real rain in the middle of the Nevada desert was slim, so I pulled my socks up and quickly acquired a thick skin. 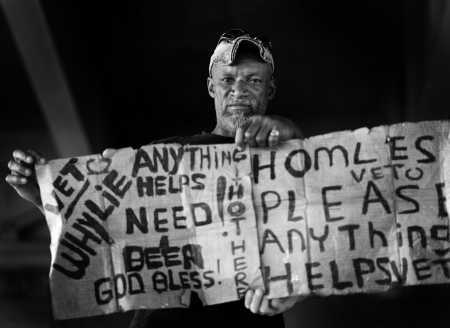 Now, bearing in mind that even at the age of 6 I found the 2p machines on Brighton Pier wasteful, I was pretty sure the casinos weren’t going to wow me. However, I had a job to do and I couldn’t really go to Vegas without setting fire to at least $500 (the average loss per visitor).

I went to the Strip to sample the local nightlife, loaded with a couple of hundred bucks and the conviction of chance. I headed straight for Caesars Palace. The first thing I noticed was that were no windows. Apparently, with no idea of time, gamblers can flutter away their life savings without being guilt-tripped by the rising sun. A thick fog of smoke hung over the slot machines like a rain cloud and for a moment I wondered if my dreams had come true. No such luck. Smoking was permitted.

I spent a few hours moseying between blackjack tables and roulette wheels, placing bets with zero calculation and trying to avoid the hysterical woman who screamed blue murder every time she won. I’d tried to dress the part but didn’t get the memo, apparently. It turns out that unless you’re a “high roller” with access to the VIP lounge, most people gamble in 4-day-old clothes with nothing but the stench of cigarettes to cover up their stagnant odour, not red satin ball gowns with coifed hair and drop-pearl earrings. My bad, I’ve watched too many Bond movies. I came out on top, luckily, but I didn’t feel the heady rush of delight that people speak of. Instead, I gave my winnings to a shoeless Mexican child and went to McDonalds for a late night burger, ball gown and all.

Sin City it might be, but not in the way you’d imagine. Instead of luxury and excess I was faced with a picture of destitution and addiction. Many of the down-and-outs that I ran into were ruined professional gamblers, forced onto the streets after re-mortgaging their homes for another chance at victory. Worse still, I heard of people living below the city in old flood tunnels, piecing together a living by collecting the discarded possessions of the people above. It reminded me of the sewer mutants in Futurama, except these people were a living, breathing reality and were being completely overlooked by the state.

I’m not the kind of person to turn a blind eye to the suffering of others and I think this is why I found Las Vegas so difficult. It was a playground of thoughtless materialism, a theme park of greed, and at the same time, a city full of desperate men and lonely women seeking solace in the slot machines. Worse of all was the irony at play there, for when these lost men and women could no longer afford the clothes on their backs, they retreated beneath the neon lights to survive off the winnings of others. And yet, it seems to me that no one is really winning in Las Vegas, they’re all just avoiding the cold light of day.

View all posts by Emily Buchanan →

How Not To Ruin Your Ski Resort Trip to La Plagne

Three Kick-Ass Places to Rock It on a Cruise