The Cuming Museum is one of the museums that often goes overlooked when visitors make their way to London. Found in Walworth Road, within the borough of Southwark – the venue houses collections from the famous Cuming family. Over a century’s work was collected between 1780 and 1900 by father and son. 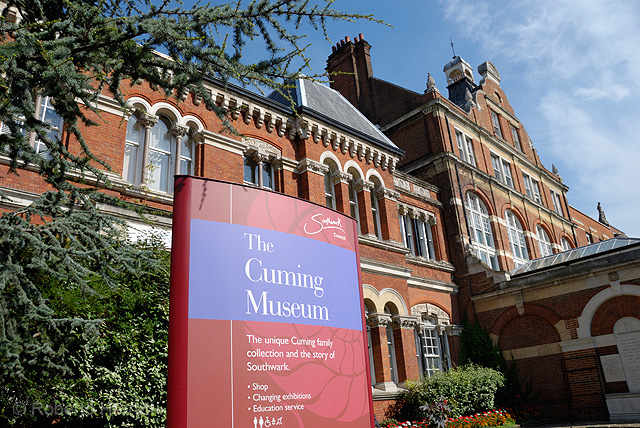 Both Richard Cuming (Father) and Henry Cuming (son) – collected everything from the paper bags their bread came in or Egyptian artefacts. The museum was very popular up until 1939. During that year, it was hit from a bomb as a result of the war and was only reopened in 1951. Its incredible how just two men were able to collect so many artefacts and house them in one venue.

The Cuming Museum is currently closed and being renovated, but will officially reopen in full in 2019. With that said, there are still events that are going on. Some of these events include Adult Talks programmes, which explore Southwark’s collections and local history. Nearby accommodations include the Park Grand London Hyde Park Hotel – one of the most luxurious hotels in the area.

With the accommodation Paddington London has to offer, you don’t have to venture far from your abode to get close to some of the best museums in London. Some of the objects that used to form part of the Southwark Collections include: a clay pipe, costumes, Chinese personal accessories from the last half of the 19th century, cuming footwear, toys from London fairs, forgeries and fakes.

Visitors coming to London should be delighted with the opportunities they have here. They can rejoice in some of the greatest pieces of art, take tours around majestic museums – all for free. So while the Cuming Museum may be closed currently, rest assured that you have plenty of gallery/museum. They include: The Science Museum, The National History Museum, The London Transport Museum, The Tate Gallery, and much, much more.

In summary, it’s a shame that the Cuming Museum is no longer open but, there are still events here that are worth visiting. St Pauls is close to place like the Tower Bridge, The Courtauld Gallery, the Royal Air Force Museum, and much more. After the Cuming Museum has completed its renovation, it will feature a library and arts and heritage services – among many other projects. This affirms the city’s continual quest to make improvements in the way it proudly displays its iconic galleries. Visit London this season, and enjoy all that it has to offer.

St Patrick’s Day in the City